It’s the end of term.  Mixed in with the euphoria of finishing and looking forward to a break is the moment of looking back and reflecting on what has been.  Over the past fourteen years of headship I started every school day, with the staff, by sharing a prayer, thought or reflection.  The other morning Jeremy led prayers with a reflection by Drew Dudley.  You’ll need to like your reflections with a lot of cheese.  I do, so here goes.

The story tells of a young women uncertainly going to register at university.  She is just about to decide to leave when Drew turns up.  Handing a young man a lollipop he says, “You need to give a lollipop to the beautiful lady next to you.”  Four years later, as Drew is leaving university, the young lady comes up to him and thanks him.  She reminds him of the event and tells him she is still going out with the young man who gave her the lollipop.  Drew can’t recall the event at all but a few years later he gets an invite to the couple’s wedding.

Part of Drew’s message is that we make leadership bigger than it is and bigger than ourselves.  Leadership becomes about changing the World rather than taking the next step and taking people with you.  We may even devalue the everyday impact we have on people and their lives or our ability to influence them.  Remember we all lead in our own way, in our classrooms as well as our staff rooms.  This is a story for everyone who works in a school or a life involving service to others.

The Impact of What We Say & Do 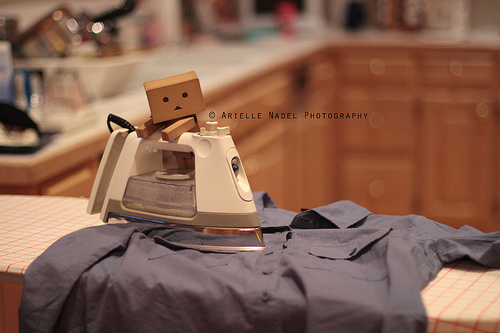 You will never know the number of lollipop moments you create in a year of service to others.  There is always a need to be cautious.  We don’t want to make a withdrawal from another person’s emotional bank account instead of a deposit.

I was at a conference a number of years ago when a teacher, approaching retirement, shared a story that she must have been carrying with her for fifty years.  When she was little, the school used to have special celebration days.  On those days children would dress up in their best clothes and have a party.  As she entered the class room in her best clothes, her teacher said, “What a beautiful dress.  Isn’t it a pity your mum didn’t iron it for you.”

Her sense of being crushed was palpable.  A highly intelligent and articulate women had carried that throw away remark with her for half a century.  A bit like Drew, I doubt the teacher would even remember saying it.  I would actually hazard a guess that the teacher had given thought to the “beautiful dress” part of the comment and not registered the lack of ironing part.

The Story of Teddy

The Story of Teddy was a fictional piece written by Elizabeth Silance Ballard in 1976 and first published in Home Life.  The first time I read it was as part of a threshold submission by a member of staff.  I was sat in my office, at 7:30 a.m. one cold winter morning, simply blubbering away.

The story tells of a teacher who got Teddy, an awkward and withdrawn young boy, in her class.  She talks about how she delighted in marking his work and putting red pen all through it.  She was required by school policy to read each child’s school record.  Leaving Teddy’s until last, she read of a bright happy boy who after the death of his mother became the sad and lost little boy she had in front to of her.  At Christmas, amongst the wonderful and beautifully wrapped presents, was a dishevelled present in torn and crinkled brown paper.  Teddy had wrapped up a bracelet with stones missing and a half used bottle of perfume.  She made a lot of the present and put the perfume on in front of the class.  On the way out, Teddy said, “You smell just like my mum used to.”

That was the point at which I totally lost it.

The story continues and is a lovely read.

You Have Impact Beyond What You Know 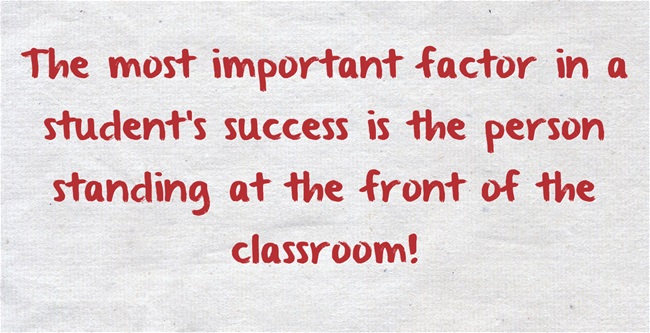 This year you will have impacted on more young people’s lives, in more ways than you will ever appreciate.  You will have touched their lives for the better.  They have probably not come back and thanked you.  That is why you haven’t realised the number of lollipop moments you created this year.  Like Drew you may find out in the years to come.  Then again you may not.  Thank you anyway.

You May Not Realise or Be Thanked, Do It Anyway

Enjoy the break ahead, then come back and create more lollipop moments.  Be true to yourself and that great profession through which we serve our young people.

This version of a prayer was found written on the wall in Mother Teresa’s home for children in Calcutta.  It is credited to Mother Teresa:

People are often unreasonable, irrational, and self-centered.  Forgive them anyway.

If you are kind, people may accuse you of selfish, ulterior motives.  Be kind anyway.

If you are successful, you will win some unfaithful friends and some genuine enemies.  Succeed anyway.

What you spend years creating, others could destroy overnight.  Create anyway.

If you find serenity and happiness, some may be jealous.  Be happy anyway.

The good you do today, will often be forgotten.  Do good anyway.

Give the best you have, and it will never be enough.  Give your best anyway.

« Blagging Bloggers and Research Scientists
How We Learn: The Science »