The F-Bacc is On the Way

Every now and again I get so angry with politicians, who want to inflict their latest vanity project on schools or children, I’m literally spitting feathers.  At times like this I know I shouldn’t really blog but the E-Bacc winds me up more than most things.

The TES reported that Nick Gibb “will give a speech this evening in which he will say he makes “no apology” for the focus on an academic curriculum, despite growing concerns that creative subjects are being sidelined.”

Acknowledgement: TES (Please click me to read the TES article)

Tonight’s audience at the think tank Policy Exchange will hear about the Conservative Party’s election manifesto to make the English Baccalaureate compulsory for every secondary school student in the country.  Apparently the details about the policy are imminent, but don’t worry as we are going to be consulted on how to implement the policy – don’t bother I want to be consulted on whether the policy should be implemented at all not on the how.  Before I forget there will be “adequate lead in time”.  There wasn’t any mention of whether there will be adequate Maths, English, Science, MFL, History or Geography teachers but we can worry about minor details later.

I agree with Nick and so will make no apology for an academic curriculum either.  However, every secondary school student in the country should receive an apology for the particularly rigid and idiosyncratic view of the academic curriculum about to be imposed on them.  Some schools had the E-Bacc curriculum long before it was ever mentioned in the corridors of power and will still have it long after it has gone from the national agenda.  It fits their curriculum philosophy and hopefully their students’ aptitudes and aspirations.  Good luck to them, they are implementing what they believe in.

The judgement about the size of the core curriculum and the flexibility within it is part of any education debate.  Most children accept and understand the need for a core of English, Maths & Science, Religious Education in a faith school doesn’t come as a surprise.  They expect to be taught these subjects and taught them well.  Our students must do three of the E-Bacc subjects, normally Triple Science or Double Science plus one more.  They can do the E-Bacc in full if that meets their aspirations and aptitudes via their option choices but they are nor forced to.  We have always had a core academic curriculum alongside a fantastic wide range of options including a day a week for some students at the local School of Further Education, which many then progress on to post-16.  Our level of NEET is well below average and ridiculously so for Blackpool.  Children, parents, teachers and careers advisors are best placed to determine the most appropriate curriculum to follow not a privileged few in London.

If the E-Bacc is fully implemented the Arts will be damaged, it’s inevitable and politicians need to be honest about this.  The impact of additional time for GCSE Maths, English and English Literature, in many schools, has reduced the number of option choices for students and the requirement for the full E-Bacc will reduce it further.  The Arts will be squeezed, let’s not pretend otherwise. 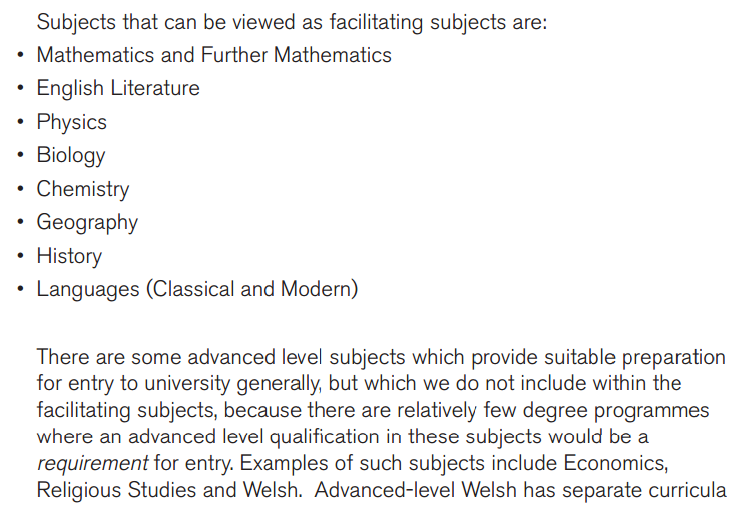 The route of the English Baccalaureate can be traced to the Russell Group Report on facilitating subjects.  The abuse of this document to follow idiosyncratic policy making is best exemplified by Oxford University’s statement that they don’t require an applicant to have the E-Bacc and will give five years notice of a change in their decision or Cambridge’s view that they are just not interested.  I don’t think any of the students, from St. Mary’s, who recently gained access to Oxford or Cambridge, had the E-Bacc.  Some studied Music at GCSE, others were dual linguists and others had an eclectic mix at of subjects.  It’s also important to remember that education can’t simply be a fifteen year preparation for limited places at a Russell Group University.  Some children simply wouldn’t thank you for it.  Fish don’t want to climb trees but they do want to be recognised for the talents they have.

Ensuring children from disadvantaged backgrounds aren’t sold short, through poor curriculum choices, I totally get.  I’ve fought for decades for social justice for our children, I’ve failed too often and still got up the next morning and tried again to give students from different backgrounds the best possible education.  Social justice mustn’t be a pretence or a façade of soft options.  Imagine if a government legislated that Russell Group Universities must have a minimum of 30% of students who had previously been entitled to Pupil Premium funding or not get a penny of public funds.  Further for every Pupil Premium funded student they take there will be a thousand pound top up fund per year, for extra tuition and support, to enable these students to achieve top degrees.  It might accelerate many young people out of poverty.

The problem, when you get as old as me, is not that you just become grumpier but you’ve quite often seen it before.  I first became head teacher in the days of compulsory GCSE MFL and Technology for all students.  It was a bit of a disaster with half GCSEs muddying the water and a lot of unhappy students, who would show their frustration in class, failing to apply themselves in response to another crass policy from the political classes.  One of my first curriculum changes as a head teacher was to ignore the compulsory GCSE MFL and Technology fiasco and widen students’ option choices.  We broke the law; parents, children and teachers were happy with their new options, I didn’t get arrested and nobody was particularly bothered. 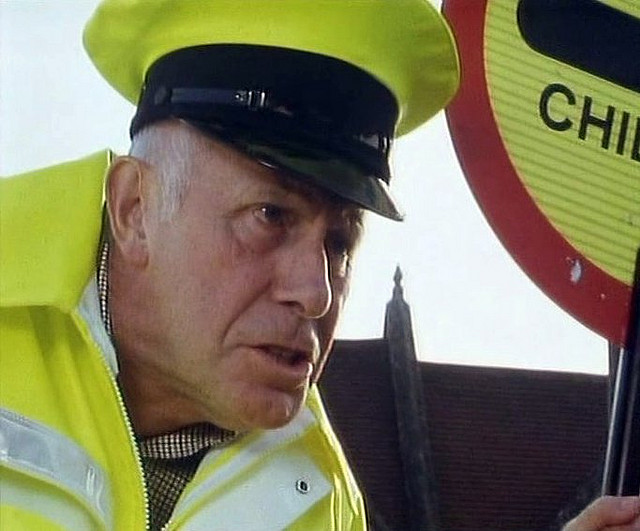 For over a decade, leading a secondary school and then a multi academy trust in Blackpool, I’ve stood in both the full fury and the eye of the storm.  Blackpool is one of the most disadvantaged areas in England with one of the lowest per pupil funding.  It has been my pleasure, my passion and my purpose to lead.  I believe it is what I was called to do.

I’ve worked with staff, governors, students and parents to sort out a substantial budget deficit, mange over £30 million of capital buildings, sorted complex and at time disturbing issues and tolerated aggressive and bullying HMI.  Those are the times when the full force of the storm has hit.  Most of my life leading has been working with committed and passionate staff, grateful parents and children who were a joy at the time and when I meet later an even greater joy to behold, as they have invariably matured into thoughtful and grateful adults.

I’ve spent the afternoon looking at the impact of the new employer national insurance and pension costs, 27.08% on-costs which are up approximately 4% on this time last year, and the budgets are tight.  The perfect storm, envisioned in Vision 2040, is beginning to gather and the prediction of a calamity by 2020 moves one step closer.  We all have our limits, today I am reaching mine.

The latest information on the E-Bacc sees Year 7 students starting secondary schools in September 2015 as the first cohort to have a compulsory, centrally imposed E-Bacc curriculum in Key Stage 4.  The results and any impact from Ofsted won’t be out until after the next general election.  By which time much will have changed.

Fortunately I read a great blog this morning by Chris Hildrew, featuring Linda Cliatt-Wayman “So What, Now What?”  If not I might already be heading for the sunset.  The Flipping Bacc may be on its way but so what?  Now what was I doing that really mattered?

5 thoughts on “The F-Bacc is On the Way”