Brave Leadership: In the Darkness, In the Light, In Service

In conversation with Ros McMullen at the recent Headteachers’ Round Table meeting she casually muttered the immortal line, “People like you and me could be sacked three or four times in a year.” 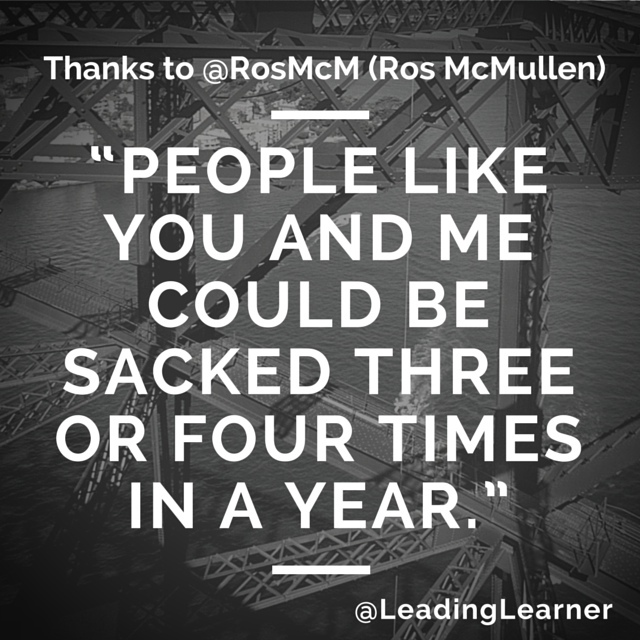 A number of things struck me.  From the trivial thought of at least that means I must still be employable as I managed to get another job to a genuine sense of gratitude to the governors, now directors, who have supported me for well over a decade.  Working in challenging schools or areas is increasingly looking like a career gamble alongside the more obvious moral imperative.  Having led a school for fourteen years in Blackpool, through the inevitable ups and downs, highs and lows, challenges and joys, I can reflect on a career which could have been very different without the wonderful support of staff, governors, parents and students.  Some of my colleagues have not been as fortunate.

The darkness is where your fears, uncertainties and demons can all appear.  Lying awake at night worrying about a decision to be made or one you have made, just hoping and praying it is correct, goes with the territory.  In time you just manage these fears better.  In the darkness I sometimes wonder whether my blogging or outspokenness might produce a deliberately negative judgement on any one of the schools I help lead.  I’m no fan of the current accountability system nor the EBacc.  Some people may have noticed.  There are many more people in the education system who are concerned about the direction of travel though feel less able or willing to speak out. 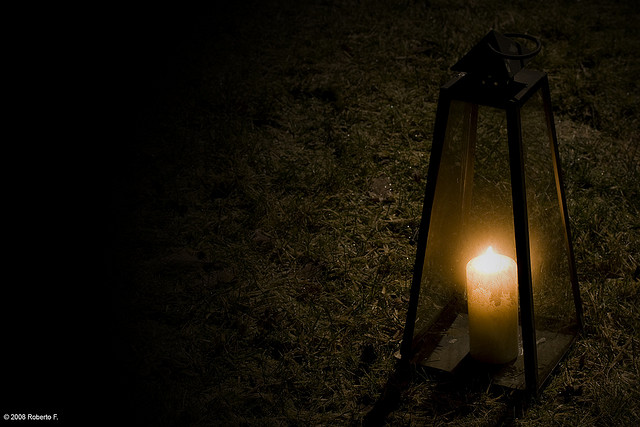 There are real and increasing concerns amongst some leaders of saying anything which might rock the boat.  People feel they need to be on message even if the message isn’t always that great or beneficial to children.  Bad things happen when good people stay quiet but some great things can happen when people openly and honestly engage in debate.  The process of debate tends to knock the rough edges off half decent initial ideas and in the survival of the best many half decent but not that great ideas can be assigned to the dustbin of the historical half baked.

In the cold light of day you need to be able to look yourself in the mirror and know you are doing the right thing for your students, staff, wider community and school.  When the right thing aligns decisions are easy.  When a decision can have an adverse impact on one group or the other you show your true colours as a leader.  Last year’s change to the early entry rules is one such example.  Nearly the whole Year 11 cohort had been entered and was being furiously prepared for the November examination, as we had done in previous years.  It was a difficult decision for the school, Ofsted were expected the following academic year, but an easy decision for the students.  Apart from a few withdrawals we entered the students and for the first time things didn’t go as well as we expected.  The students were successful in the June, a statistically below average ability year group on entry achieved national average, but the school’s published results bore the scars.  I’m left able to look the students in the eye having made the best decision for them but can still hardly bring myself to look at that year’s performance tables. 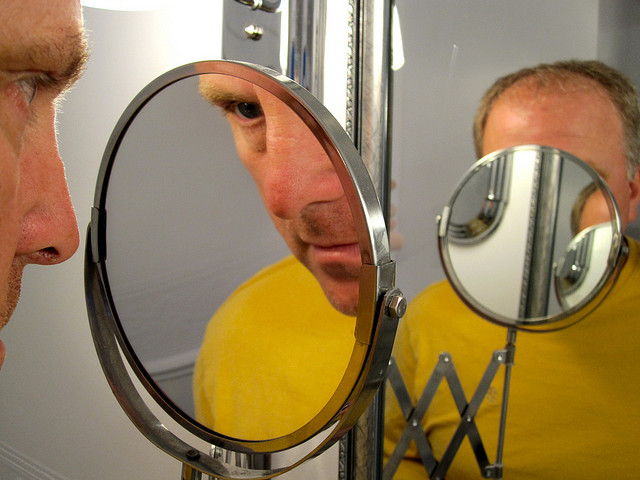 Implementing the E-Bacc, where to make budget cuts, how narrow or wide to make the education offered are all values driven decisions where complex tensions compete.  Make the decision, look at yourself in the mirror and decide whether you like what you see.

Prophets, true and false, can both be a thorn in the side of the authorities and a right royal pain in the proverbial.  You can find them in schools presenting a challenge to leaders, on twitter creating mayhem and in life generally.  The key to understanding the difference is to realise one is self-serving and seeks to break the law.  The other is seeking to serve by bring the law to full fruition.  The prophetic challenge is part of the process leading to wisdom.

Continuing the biblical theme, you cannot be in the service of two masters, you have to decide who you will serve.  The options these days seem almost endless: the government, Ofsted, the Trust or sponsor, the unions, parents, local community … or your students with your staff.  Leadership in schools – middle, senior and headship – comes at a cost.  Current metrics tend to increase the risk of working in schools with large number of disadvantaged children rather than inviting the maximum number of people to apply.  The cumulative impact of teacher shortages over the coming years and the additional stresses and strains placed on staff retention in challenging schools, through an accountability system biased against them, will lead to increasing and disproportionate difficulties. 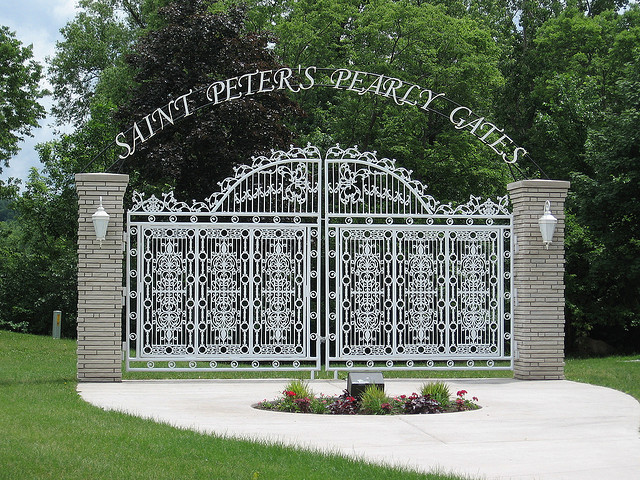 I’ve always believed I was “called” to lead at St. Mary’s and now a number of schools in Blackpool.  I want to meet ex-students who are happy, fulfilled and proud of the education they received.  I want to be able to look them in the eye and know I made decisions that were the best for them.  Ofsted may seek to judge but when stood at the pearly gates I’m not going to be asked for my last Ofsted grading rather what option I gave the poor.  We keep striving to do better by them.

Jarlath O’Brien’s post The Scarecrow, the Tin Man and the Lion about Head teacher recruitment calls for governors to look for brains, heart and balls as only truly great leaders max out on all three.  I’d use different language but our ability as a profession to show courage in adversity, thought in confusion and tenacity in coherently arguing a better way forward is needed now more than ever.  Our behaviour must be measured but resolute, considered not reckless, assertive not aggressive.

The line between bravery and stupidity can be rather fine.  It is important for us to stand up for what we believe is best for the children and our schools particularly in the difficult few years ahead.  There is a time for brave leadership and I sense the time may be now.

3 thoughts on “Brave Leadership: In the Darkness, In the Light, In Service”