Sometimes a word or phrase just sticks; it encapsulates an idea or puts into words what you feel and are trying to say.  The phrase “Humane Accountability” did it for me; it articulates how I feel and what I want to say.  I think it might have been Laura McInerney or possibly Dr Becky Allen who suggested it; at the time I was trying to herd the cool cats who make up HeadsRoundtable.  Read for this “chair the meeting”.

Quote from “yours truly” in the Guardian piece today.

Dr Becky Allen’s superb presentation and critique of a draft HeadsRoundtable paper on accountability got us really thinking.  Accountability is required within state funded systems like Education, I get this; it needs to bring out the best in us individually and collectively.  When you hear accountability do you think: this helps me to teach better, this has stopped me doing wasteful or harmful things or this ensures all pupils are well served by our schools.  Or do you think: quick narrow the curriculum, let’s just teach English and Maths to the exclusion of everything else, how can we get rid of these kids who are going to damage our results (often the disadvantaged), are there any easier courses than these, my workload is unsustainable and focussed on the wrong things or this is damaging mine or pupils’ mental health & well-being.  Maybe there is a bit of both.

With a new HMCI about to be appointed, s/he is facing big questions about how we can produce a more valid and hopefully low stakes accountability system using the data and information we possess; as with all data and information it has limits on its reliability.  Could we achieve the same improvements, which we all seek, or better using a different less damaging driver? This is arguably an even bigger question.

Talking of which we moved to the vexed question of total academisation which seems to be the answer to all problems according to the recent White Paper.  Sir David Carter, an ex-member of HeadsRoundtable kindly joined the discussion.  The session was closed so we could discuss things in depth; asking robust questions and receiving robust answers.  It is becoming very apparent that we need CEOs, Executive Directors or Executive Headteachers, if for no other reason; there needs to be someone to be held to account for standards within a Multi Academy Trust.  Not the most comforting thought for some of us.

If a school can be highly successful and supportive of others using a more collegiate leadership arrangement, r u bovvered?  I’m not and would suggest that success can come in; school leadership changes over time and to suit its circumstances and context.  Long may this continue; it’s the experiences of our pupils and the life enhancing chances which should be our greatest focus. 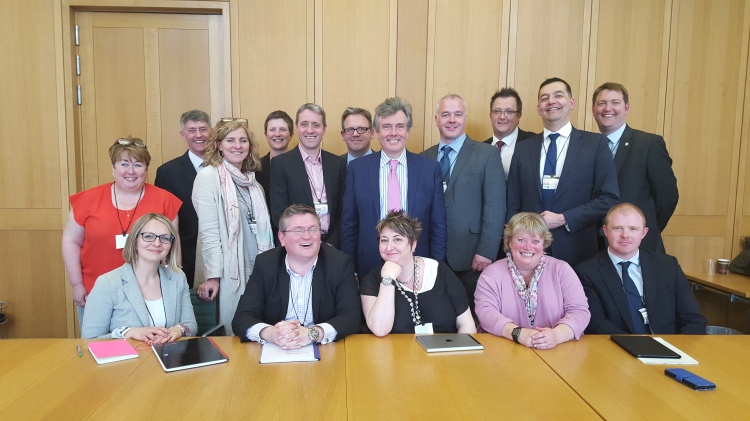 Just before we set off for our Meeting with Neil Carmichael MP; listening to the Education Debate set off a few jeers from the group.  A Secretary of State who repeatedly suggests that the lack of teachers is due to teachers and unions talking down the profession could at best be described as slightly ironic.  The lack of teachers, we are currently only seeing the start of the forthcoming problems, is due to a lack of retention and too few people wanting to enter the profession.  Trying to close down the debate or develop a political blame narrative won’t help.  The discussions around retention and recruitment on the 1st July might be slightly depressing; our job is to provide sensible, workable and effective proposals to increase the number of teachers within the Education System.  The number of pupils in our schools will certainly grow over the next decade.

Thanks to Neil Carmichael MP, Chair of the Education Select Committee for his time and engagement with the group.  We discussed all things accountability, funding, recruitment and retention and structures.  The timing couldn’t have been better as his committee would be meeting with Nicky Morgan MP, Secretary of State for Education less than forty eight hours later about her role and responsibilities.  It seemed reasonable to ask, given that both academies and maintained schools can be very good and not so, “What would happen if after five years of forced academisation which becomes increasingly bitter and bloody there is no improvement in the system?”  The quick response was, “Red faces”; the reality is far more dire and now is the moment to stop, pause and think before we waste so much time, effort and money for very little impact.  Things could even go backwards if we get this wrong.

If you would like to join us at the HeadsRoundtable Think Tank on the 1st July 2016, to ponder, listen and discuss,  please click on the graphic below for more details: 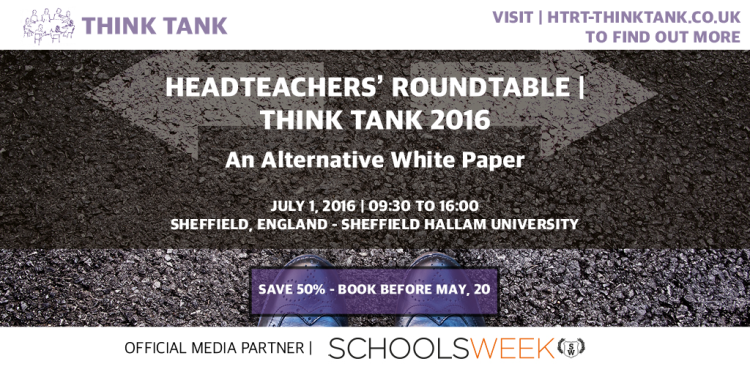 If you would like to read more about the thoughts of some members of HeadsRoundtable “Headteachers Start Fightback Against Government Policy Diktat” written by Fiona Millar appeared on the Guardian website on Tuesday.

Thanks to the Guardian for their hospitality on Monday, Laura McInerney for her advice and to the HeadsRoundtable Group for their support, engagement and camaraderie on the day.